3 Dumbest Criminals of All Time 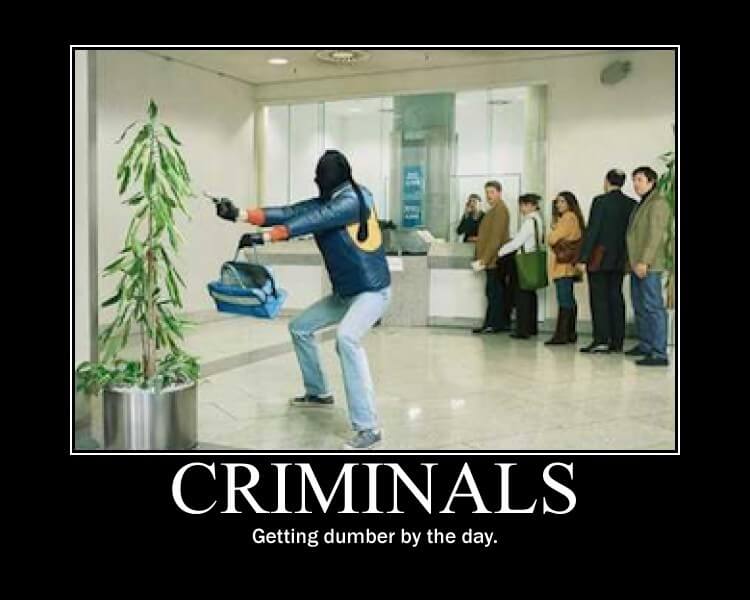 Thinking about burglars or other criminals can make you visibly shudder as you consider the trauma and fear you could face. This is especially true if you are dealing with criminals who are highly professional and sophisticated. However, there is a special breed of criminals, who leave you shaking with laughter rather than shaking with fear. This is because of the antics that they get up to, and the completely dumbfounding situations that they find themselves in. Here is a list of the 3 dumbest criminals of all time.

It was a balmy evening in Pennsylvania, United States when Jonathan Parker made the decision to break into a house. He was not after anything too major, just wanted to rummage through some drawers and get some items that he could quickly stuff into his pockets. After a little bit of searching he landed the jackpot – two sparkly diamond rings that were sure to get him a pretty penny.

He stashed them in his pocket and continued to look around, hoping that he would find something else before making a quick exit. It was then that he saw the open computer with the corner of his eye. Realising that he still had plenty of time before the homeowner would return, he chose to take a little break and check out his Facebook account. After all, he may have received some life changing notification!

He quickly logged into the computer, checked his notifications and had a look at what his friends were up to. Realising that he was running out of time, he closed the page and made his exit, expecting to be home free.

A little while later, the homeowner came home and realised that something was amiss and she had been robbed. Oddly enough, her computer was on. She moved her mouse a little and was surprised to find that the screen opened to the Facebook account of a stranger, who had not even bothered to sign off. She rang up the police who were able to identify the burglar and he was arrested soon after. Wonder what Jonathan will do – there is no Facebook where he is headed!

It was early evening in Portland, Oregon, when Timothy got the bright idea to break into someone’s home. Realising that the night was still young, he decided not to rush the entire process. Timothy thought it would be a great time to get clean with a refreshing shower. He thoroughly enjoyed himself, making sure that he was washed all over and he dried himself off well. When he was done, he noticed that the owner of the home was returning. He rushed back into the bathroom, and in a panic called 911. Here is a snippet of his conversation with the operator.

Timothy: I just broke into this house and the owners are back home.

Timothy: Yes, I think the owner has a gun. I also think there are two massive German Shepherds.

Timothy: In the bathroom.

Timothy: My name is Timothy Chapek.

The police arrived and arrested Timothy, but upon checking what he had stolen, they found that they could only charge him with trespassing. The only stolen item that he had on him was wet hair following his long shower. It is quite possible that if there was a charge for being dumb, he would have been very worthy of receiving the punishment of the highest order.

We all think that terrorists are master minds who are able to come up with diabolical plans, that is, until you encounter a terrorist who leaves you shaking your head in disbelief. That is what Mohammed Ashan managed to accomplish when he was at a joint US Army-Afghan police checkpoint.

This terrorist had risen up the ranks and earned himself a position as a mid-level Taliban commander in Afghanistan. It came as a surprise to a US Soldier when he marched up to him at the police checkpoint, waving around a Wanted poster in his hand. The poster had a picture of his own face, and underneath, was a promise of a reward to anyone who was able to help lead to his arrest.

Mohammed started yelling, and demanded that he should be given the $100 dollar reward that was mentioned on the poster. Barely believing what he was hearing, the US Soldier asked Mohammed one question, ‘Is this you?’. Mohammed was beginning to lose patience, and in an enthusiastic reply said, ‘Yes, yes, yes. That is me. Can I get me reward now?

For a man who is thought to have been responsible for planning numerous attacks against the Afghan security forces, this uncalculated move has left many wondering about his sanity. Rather than giving him the $100 dollars that he had honestly earned with the positive ID, he was arrested on the spot by the US Soldiers.

Still, the soldiers thought that there might be some trickery involved, as it was unlikely that a man could be as stupid as Ashan. They chose to confirm his identity using a biometric scan and were truly shocked to discover that indeed, they did have the noted terrorist in their custody.

Next time you are fearful about getting robbed or burgled, or even if you are face to face with a terrorist, do not be afraid. If you are lucky, you might just end with one of these burglars who have proven that they can rise up above all others and come out of top as the dumbest criminals of all time.

However, you should also do your best to protect yourself, by making sure that you keep your doors and windows locked. You need to have active alarms and motion sensor lights which can quickly give you an indication of whether or not you are facing any danger. 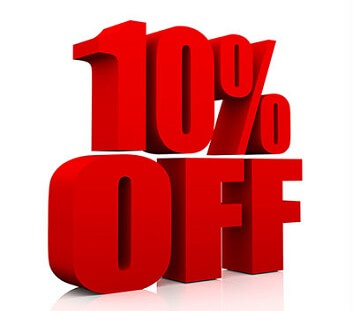